The world is mad!

Well the weather here in Scotland this week (and most of Europe I think) has been terrible, extreme rain and winds have caused havoc with peoples lifes, flooding and landslides which is quite depressing. Those motorcyclists amongst you will probably be like me, satisfying their two wheel fix by working in the garage all the time praying for an early return to Spring. The next two month's are the hardest but just think in four weeks we have (in the UK) the shortest day so after that the nights get longer and just as naturally as Autumn ended, Summer will return. The sun is out today though and that lifts the spirits, so get out there and spend at least 15 minutes staring at it or if you don't want to go blind turn your back on it and feel the heat! Just back from the shops, if there is a recession then someone hasn't told the shoppers, already I can see the Christmas frenzy around, complete madness, I wish I was famous enough to get the shops to open only for me so I didn't have to navigate my way past hordes of people not sure what they're shopping for! idiots!

I found this photo yesterday (rainy day = boredom!) which I thought I would share with you, just to prove my moustache was Black a while ago! Taken in the Hotel bar in the Isle of Man in 1987 with my mechanic John Thomson (also sporting a zappa like moustache) and Norrie Pattie. Just noticed John holding my First Isle of Man replica so I assume we had just come back from the prizegiving (Geoff Duke was handing out the trophies that day, an honour indeed!) If you look at the collage of photo's behind me you can spot one of me leaping Ballaugh Bridge and one of me on Crutches (and with a mega hangover) at Beveridge Park road races in Scotland. Happy days indeed but god knows how my liver survived!! (Thanks to Lindsay Barrie who seemed to be around to take most of these compromising photo's at the time!!) 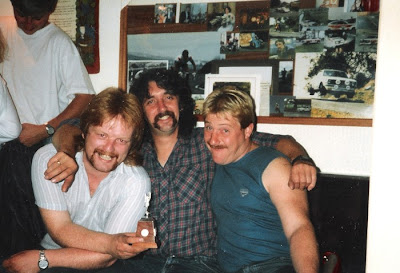 This year we moved to Killin in the Perthshire hills for our end of season meeting. The weather was warmer than last year but the rain and wind made up for it. It wasn't so much like rain but more like someone pouring water out of a bucket for most of the journey. The people who took their bikes were suitably soaked and although my waterproofs kept out the dampness on the day by the next morning it was unpleasant pulling on very cold and damp clothes. The biggest challenge was navigating through the small rivers running down the road. Well worth the effort though, the Sunday was just as wet and a fair bit colder!
I cannot recommend the Killin Hotel highly enough, superb food and service and all at a reasonable price, the early start took its toll though and there were some early casualties, the pictures tell the story better! 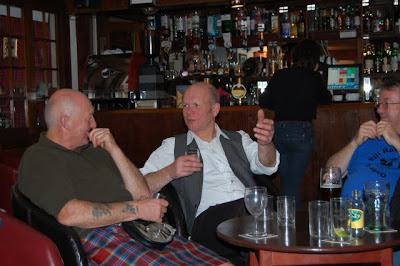 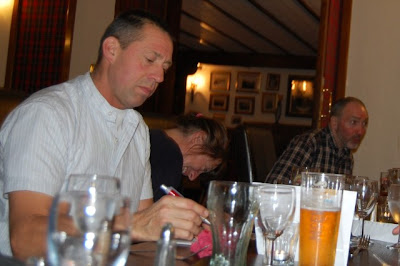 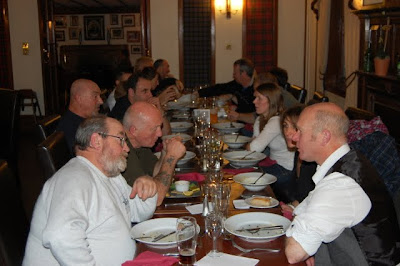 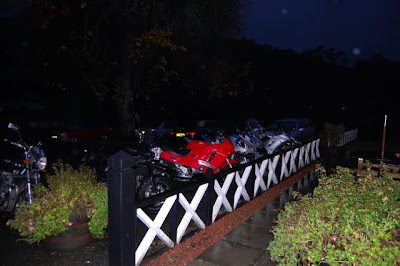 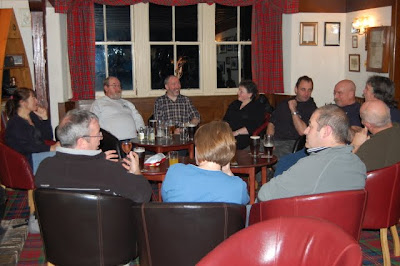 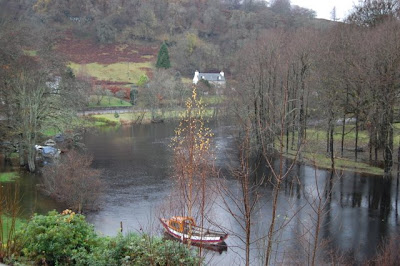 A cure for the winter blues 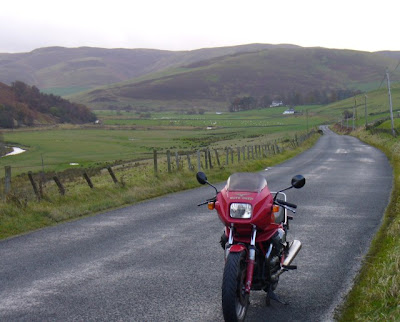 I hate Winter, thats official! When the nights get darker and there's the horrible dampness, coldness and even worse ice setting in it makes me depressed, not in a clinical way of course just my mind isn't as happy as in the summer. Anyway I got up today and went into the garage for a while then realised the sun had broken through the gloom so decided to seize the opportunity to get the old Guzzi out for a run. I must admit it lifted the spirits and I returned back with a smile on my face and my head in a better place. The roads were quiet as well and although there is evidence of the over active salt spreading routine the surface wasn't as bad as a few days ago. I could do with a job for the winter to keep me from going mad but then I couldn't take days like this out on my bike......it's a tough life!
Posted by Gino's Travels 2 at 15:51 No comments:

Another trip up to Applecross for a few days to relax, we were blessed with great weather apart from Friday and great conditions for photography. Unfortunatley we got Applecrossed on Saturday night and I've had a hangover all day! Oh well back to my version of reality. 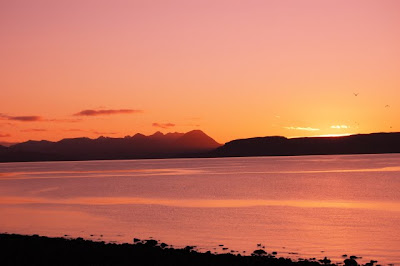 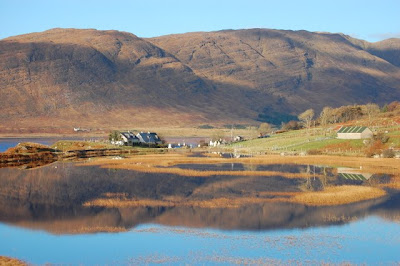 Looking over to Raasay 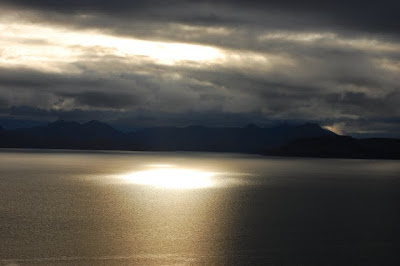 A Herron stops for lunch, no chips with it though! 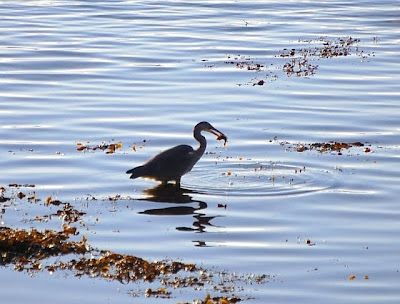 Getting ready for a Stag party! 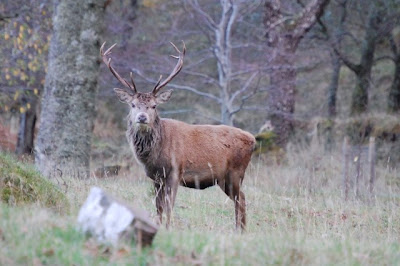 Looking over towards Skye from the top of the Bealach 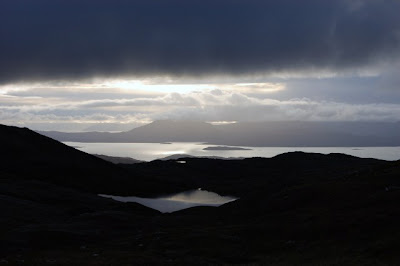 Well worth a visit, if you haven't been you're missing some of the best scenery on the planet (and the pub is good as well!) 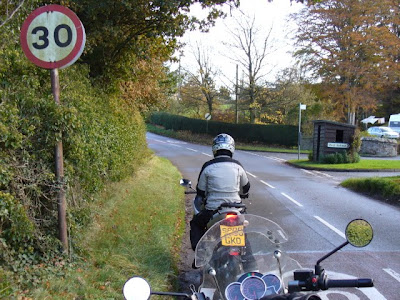 This is a village I passed on Saturday, I've passed it many times before and always laughed at the stupidity of this set up, a 30mph Zone lasting 100 yards, no warning, you come round a bend doing 60 then its a 30 limit for this short period. A brilliant place for the police to set up a speed trap but theres no room and little or no traffic.
Posted by Gino's Travels 2 at 15:19 No comments: