Now that I’ve been back to work for a week and almost recovered from the journey home in an aluminium tube I’d like to share my reflections of Thailand. First it was a fantastic adventure, relatively simply we transported ourselves to another continent with a totally different culture and language. The Thai people are amongst the friendliest and polite I have met, at no time did we feel unsafe or worried for our personal safety or possessions, their culture is one of honesty. The driving however leaves a bit to be desired, it was put to me that any road signs, markings or rules are merely a suggestion and not to be taken too seriously. The result of this is that you need to keep your wits about you, the Thai drivers are not aggressive or inconsiderate just a bit daft really, they don’t understand the danger they are putting themselves and other in. The small mini busses who traipse the tourists around the country are the worst offenders, blind corners, into the face of oncoming traffic are normal overtaking manoeuvres for them which makes life for the others unpredictable. I would never get into one of these minibuses although thankfully we didn’t see any accidents, I suppose if you sat in the front seat and hit the guy every time he thought about making a dangerous move that might work but he’d be pretty beaten up by the time you got anywhere.
The people as I’ve said, polite friendly and very pleasant, the biggest issue they face is returning to democracy, the head of the Army and therefore the current president has decided just this week that there will be no return to democracy until at least 2016, having watched one of his weekly speeches on TV I suspect trouble ahead, you know trouble is brewing when the best he can offer is “for those who disagree, we have got to get on, don’t disagree or think too much, instead of listening to the troublemakers just immerse yourselves in TV Soaps and be happy”. The other thing I have to mention is the sex trade, we were in the more remote areas so thankfully saw nothing of this issue most of the time but it was evident in Chiang Mai, always when you get poorer people trying to survive with an influx of rich westerners the prostitution thing will happen, sad that these girls have to turn to this but it is survival, sadder that visitors to the country take advantage although I understand the argument that it’s a business arrangement and these girls and their families would potentially starve otherwise, all I can say is it’s not a good situation. Like cocaine users the users of prostitutes are invariably the cause of deaths and heartache as the gang leaders fight for dominance. Having said all that it isn’t obvious in the North and only my social conscience brought it into my field of focus.
The roads are fantastic and the north of Thailand is an adventure playground for motorcycling, the other great thing is you are brining much needed tourist dollars to areas which normally don’t see many tourists, the costs are cheap for us, a meal in general is less than £2, Hotels £6 - £36 for the range we were in and all were well up to standard with en suite facilities, beer was just under £2 for a big bottle, Petrol about half of Euro prices and big bike hire less than £25 a day.
If you can stand the inhumane air travel thing then I’d thoroughly recommend it, Temples, elephants, great roads, great people, what’s not to like?
Enjoy some more photos....

So a final night in Chiang Rai last night and a run back to Chiang Mai to hand our bikes back to Tonys Big Bikes. We stopped at a Hot spring for a cuppa and for a photo of the spring and the Wat. A bit stressful today, both preoccupied with getting the bikes back in one piece and other peoples driving seemed worse than normal. I would recommend this trip to anyone, just don't take a minibus tour, these guys must have to pass an advanced stupidity test to qualify for their licence. Final night here before our flight tomorrow night, sad to be leaving an interesting and warm culture, and of course a warm climate. Pics include our restaurant in the hotel last night, the waitress who kept our beer glasses topped to the brim all night, never seen service like it, the Hot Spring and of course another Wat. Hopefully put a short video together to share when we get back so stay tuned! 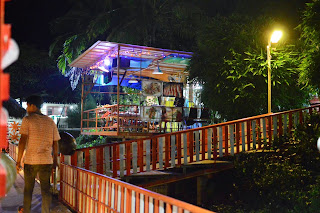 We took a short ride into Chiang Rai today for a wander and a MacDonalds, needed the meat and fat intake, realised white Scottish Italians can't live by curry and rice alone. Feeling a bit off today and some of the authentic smells weren't helping. Back on the tourist trail now unfortunately , evidenced by backpackers looking for cheap lodgings and cafés with free wifi, one thing I wondered, is it now fashion for backpacking types to grow long hair with strange ponytails? Rather than look individual they all look the same, final run into Chiang Mai tomorrow to hand back the bikes and do some more tourist stuff before flying out Friday night.

Great days riding to Phayao, small quiet roads with great views, the town is described as the Vienna of South East Asia but its got a bit to go. Nice place and as always the people are great, got some great pics but I'll upload them when I get home with a story as the internet is scratchy, visited the white temple today which was impressive. To be honest curried oot noo, could do with some European food just to get my stomach in order however the roads have made up for it and the people, fantastic! 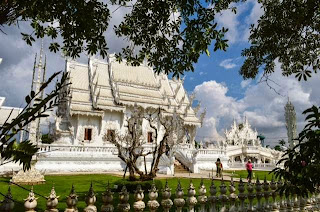 The name for the temples here are "Wat" many a joke to be had with our poor english around that one, all are impressive in one way or another but I think after todays "Wat" tour we're wat ed oot! Wats that, yep nae mair wat's except for maybe the white one in Chiang Rai later in the week. Back on the road proper tomorrow and heading across country again . 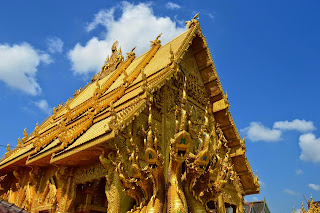 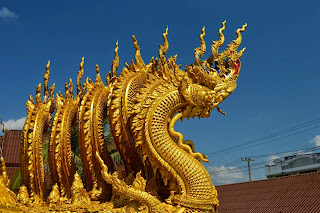 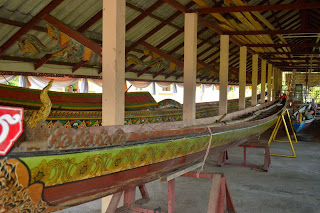 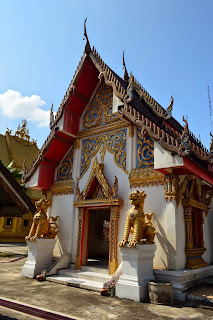 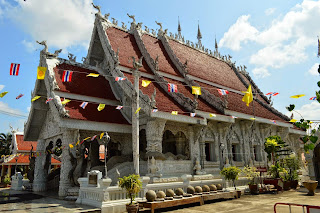 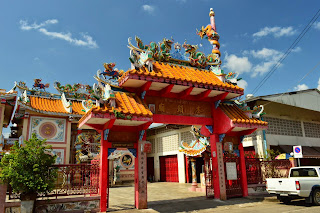 A day relaxing today so not much to report, we are staying in a "resort" we woke up this morning to a hotel full of cars, no idea whats going on, last night we were the only two in the restuarant, service was amazing with the guys topping up the beer glass as soon as it got half way down, tonight was the same. This place would seat 300 and there is two of us eating here, confused, today there was some sort of conference about tourism but now no idea where everybody is. Went for a walk and took some pics of flowers for you to enjoy, into town on the bike to get 2 Snickers, 4 pakets of M&M's 2 bags of crisps and a litre of Johnny Red, funny we arrived at 4 pm and we couldn't get our whisky till 5 so had to hang around like a couple of Alki's waiting until they'd sell /us it, even funnier the staff thought it was hillarious the the guy serving me almost lost his gonads reaching for the bottle and was doubled up on the floor, gave him a tip for the entertainment. 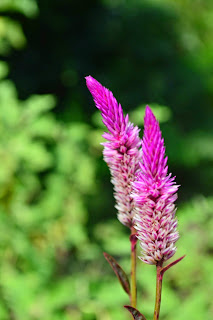 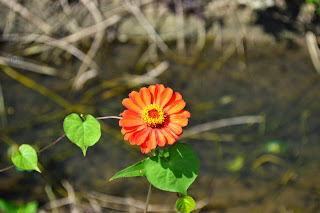 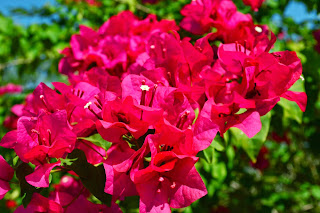 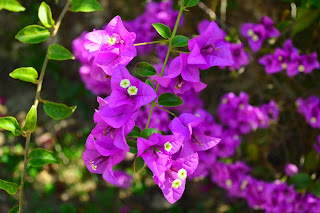 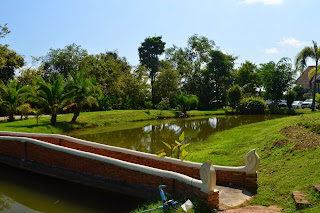 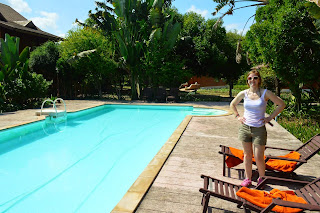