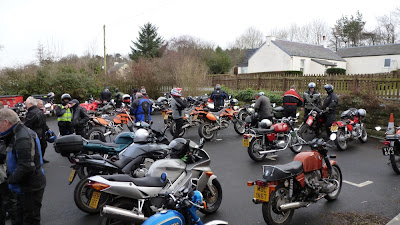 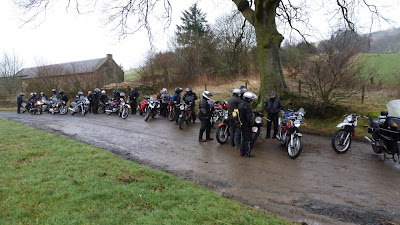 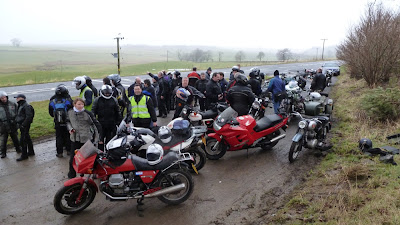 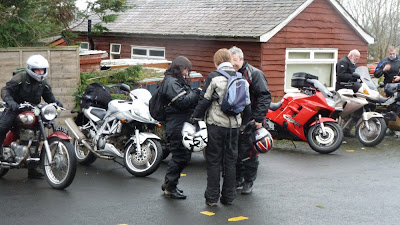 Today was the annual frostbite run organised by the Lothians Classic club, a great day weather wise with no frost, some rain but hey who would complain about that. The runs been cancelled the last two years due to weather but as I've said today was excellent, even the high winds we've been having settled down for the day. The run was quite short and with a stop for tea from the flask in a layby it was over not long after it started. A free lunch at the Leadburn (who says there's no such thing as a free lunch) for those who took part courtesy of club funds was excellent.
Although there were a few modern bikes there was a fair smattering of nice classics as well. What else would you do on a Sunday in January, a great way to pass the day!
Posted by Gino's Travels 2 at 08:12