Hope you all had a good Christmas yesterday, I did, alcohol abuse as ever on the agenda but over the last two days also some walking to try and catch some decent photo's. Still freezing here and I'm now officially bored with Winter, roll on the Spring!

A couple of general Winter shots 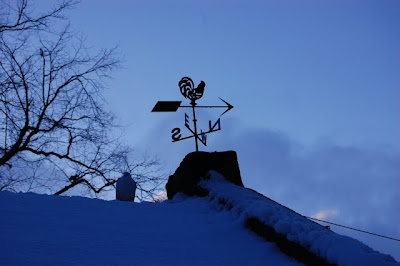 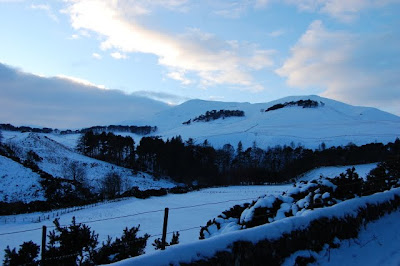 And here we have a daft bird thinking it's hiding in a tree! 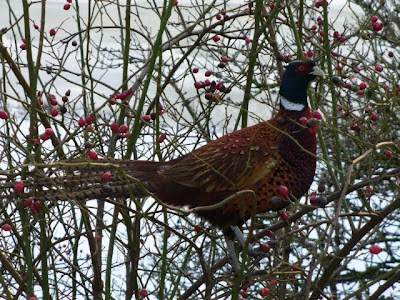 I spent a nice evening at the monthly Jam session at the Pitcairngreen Hotel yesterday. Excellent jamming from local musicians,and a fine way to while away a very Wintery night. My brother John on top form as usual with his Air Guitar!! 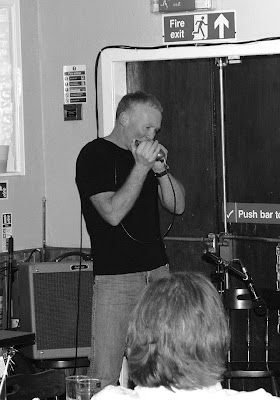 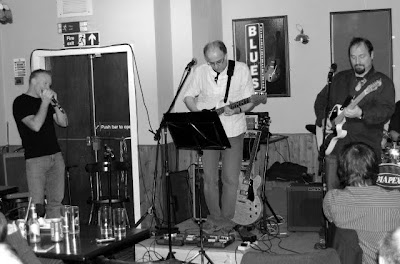 Wang Dang Delta (Blues and beyond) 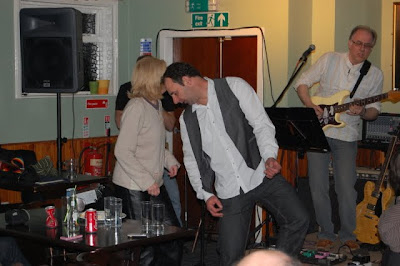 John Attempting to emulate Pete Caban on Air guitar!
Posted by Gino's Travels 2 at 05:08 No comments:

Progress on the Guzzi rebuild has been slow due to having to source a UJ at a reasonable price. I eventually ended up ordering a second hand one, justifying it with the reasoning that I only do about 2 - 3000 miles a year on this bike so a second hand one should last a while hopefully.

Anyway not much motorcycling going on this week but some photography which I thought I'd share.

Taken on Saturday, a frosty day over the Strathearn valley with a sliver of sun providing relief for the feeding cows 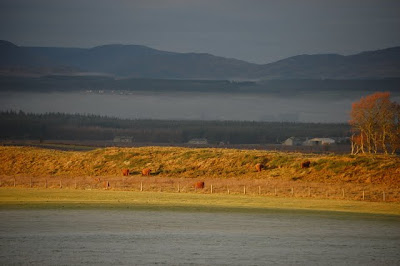 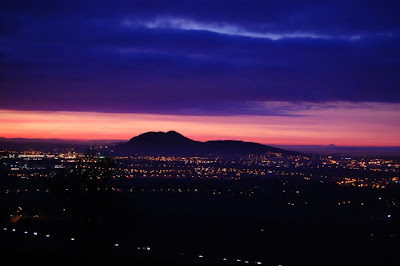 No as bad as it could be

Stripped the Guzz today that had the death rattle at the weekend, I found the UJ had exploded, very similar to the experience I had with my first Lemans many years ago (and it happened on the A1 as well!) So the gearbox seems shrapnel free, the filler plug has no metal attached and no nasties appeared out of the drain plug thankfully.


Bad news is the cost of the joint is now outrageous, 2 main Guzzi suppliers quoted £195 & £283.75 respectively. So sounding out the Guzzi community at large to see if someone can come up with a good secondhand one. It's not as bad as it could have been but at this time of year it's expense I could have done without.


Funny I sometimes think about the differences between my Guzzi's and Nortons, The Norton needs more TLC and parts more often but at least the parts generally dont require you to take out a mortgage. The Euro / £ exchange rate has got a lot to do with these ridiculous prices and that situation is down to the state of the UK economy which is particularly bad because of the banks. So a natural conclusion is that it the bankers fault that my Guzzi is off the road at the moment while I seek out a cheaper option ! Bankers, I always hated the bastards and now I hate them just a little bit more.


Just to add to the rant I heard the Chancellor just say he will put a 50% levy on bank bonuses over £25K this year..............£25K , how many of you get bonuses like that? The majority of these bankers and politicians should be in the jail for fraud anyway not getting big bonuses!! Then the price of my Guzzi spares may come down ! 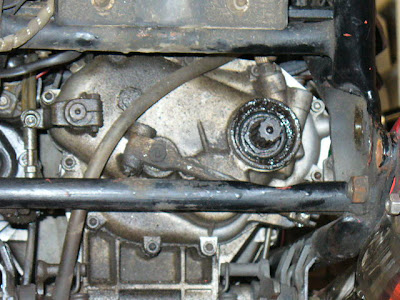 The UJ should be one piece and not have the exploded parts!!! 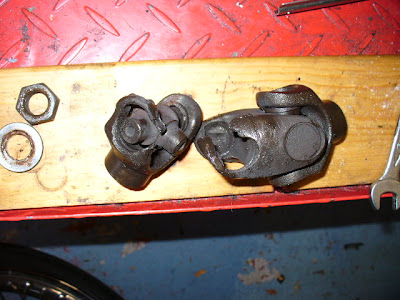 Zen and the art of motorcycle maintenance

Of course those of you who have read Robert Pirsig's tome will realise that it didn't have much to do with motorcycle maintenance at all and funnily enough todays blog has more to do with motorcycle wrecking than maintenance.
Out on the Guzzi today (the Mk3 Lemon to be precise) and I noticed a little more vibration than normal in the footrests, at first I put it down to not enough of a Sunday morning hangover but no it was really there and seemed to be getting worse the more over the speed limit I was going. All of a sudden the vibration got worse and then a terrible crunching rattling sound as if you were using a cement mixer to mix engine casings, looking behind there was an increasing plume of smoke eminating from under the bike, not from the exhausts, I looked around for an enemy fighter to see if Jerry had managed to sneak up on me and let a few rounds off into the fuselage without me noticing, then I remembered I was on my Guzzi not a spitfire and the war ended a long time ago.
I crunched to a halt with Fiona looking a trifle concerned at the smoke display, stupidly I rode another five miles or so rattling and crunching before dumping it at Fi's parents place. I say stupidly because I suspected a gearbox problem and you should never drive a bike with gearbox problems or death can often follow (Don't try this at home children, I am a certified lunatic with several certificates in riding unsafe motorcycles)
Anyway my diagnosis is a Broken cardan joint with perhaps some gearbox issues arising from that. I'll let you know when I summon up the enthusiasm to go and collect it and strip the damn thing. Nice day anyway and I enjoyed the rest of the day piloting the ER6!
Posted by Gino's Travels 2 at 12:09 No comments: